Anniversaries are meaningful milestones for employees. It’s a time to celebrate how far they’ve come and reflect back on how much they’ve contributed to the business. Years of service awards provide the perfect opportunity to thank employees for their hard work and dedication, while positively influencing employee tenure rates.

Unfortunately, many organizations miss the opportunity to acknowledge and appreciate employees in a meaningful way on their anniversary, which can eventually lead to negative outcomes like high turnover rates, low morale, and a lack of company loyalty. In this post, we share best practices to help you launch a successful anniversary awards program that drives real impact.

Anniversary awards should map to the length of an employee’s tenure. To put this in simpler terms: the longer an employee has been at the company, the more significant their award should be. Imagine that you have an employee, we’ll call her Alex, who has been with her company for 10 years (way beyond the typical two to three year tenure of our current, millennial-driven workforce). She’s a consistently high performer and has stuck with the organization through all its highs and lows. Alex is looking forward to her upcoming anniversary because she’s expecting a personal, meaningful employee service award.

Instead, she receives a plaque and a $50 dollar Amazon gift card. Can you blame her for being disappointed? This is why it’s critical to align the award levels to tenure and to set award values that are a fair representation of the employee’s service. It’s unfair for employees who have made meaningful contributions for many years to receive such an impersonal and forgettable award.
‍

Companies frequently make the mistake of spacing out tenure awards too far from each other. For instance, companies commonly start their anniversary milestones at five years, and then every five years after (i.e. 10 years, 15 years, 20 years). Other than being a nice, round number, is there any rhyme or reason behind starting at the five-year mark - especially given the two to three year average tenure lengths we mentioned above?

Instead, you may want to consider structuring your program to acknowledge anniversaries each year - especially in the first five years, which is likely to be the tenure range of most employees. And for very special milestones, such as the five-year or 10-year mark, you can provide more significant anniversary awards. Another important note around timing your awards: make sure you’re delivering awards on the actual date of an employee’s anniversary instead of several days or weeks after the fact. Otherwise, the reward loses its significance and creates a missed opportunity to acknowledge the employee in a personalized way.
‍

While anniversary award programs typically fall under the purview of HR, you don’t want to cut managers out of the process. Your program should involve managers so they can personally express gratitude for each employee’s contributions - whether that’s through a handwritten note or a lunch out together on their anniversary date.

Managers have a significant amount of influence on their employees - at some point in their career, one in two employees have left their jobs to get away from their manager. That’s why receiving acknowledgement from a manager who has a strong relationship with their employee can be especially impactful and show the employee that they’re seen and valued on their anniversary date. If you’re interested in learning more about the power behind manager-driven programs, our Co-Founder Kevin Yip shares his POV on this topic in this blog post.
‍

#4 Customize your program to appeal to your employees

Your anniversary award program should reflect the desires of your workforce. Even basic information, such as the general demographics of your employees, can be a huge driving factor in shaping your program. Let’s say the majority of your incoming workforce is comprised of millennials. Research has shown that experiences resonate with this generation, so you may want to consider the gift of experiences as a service award idea. As we found in this recent survey, ~3 in 4 millennials prefer experiences over gift cards, which might influence your gifting strategy.

Additionally, you can leverage your employee data to set up  your program for success. For instance, you should know the dates of when employees were hired and when they leave the company. It’s easy to calculate where the drop off points are. If you find that most employees tend to leave at the 1.5-year mark, you may find that it makes sense to offer an impactful anniversary award after their first year, as well as their second year. While this may not make or break your employee’s decision to stay (after all, even the coolest recognition awards don’t make up for weak company culture, missed expectations or poor leadership), recognition delivered in an authentic and meaningful way will make a big difference in how appreciated they feel, driving long-term engagement rates.
‍

#5 Make the case to leadership

Finally, as with all HR and people-focused programs, you need leadership support if you want your anniversary program to be a success. If you’re having trouble securing leadership buy-in, our recommendation is to identify your leadership team’s biggest pain point and find data to prove that an anniversary award program can address this problem.

If your company leaders are worried about retention, there’s a lot of research that demonstrates the positive effects of expressing gratitude on retention KPIs. Or if your CEO has positioned employer branding as a top priority, consider the social currency and virality of positive anniversary award experiences. Check out our client PagerDuty celebrating their anniversary program on Twitter as a tool for attracting top talent.

Before you make the case to your leadership team, make sure an anniversary award program is actually the antidote to your problem. For example, if you find that your retention rates are fine, but you’re suffering in terms of productivity, you may want to shift your focus from anniversary awards to spot recognition and performance rewards instead. The most important part is to understand your business needs and present a valid solution to this pain point.

Don’t let a poorly designed anniversary award program be the reason why your employees feel undervalued. All it takes is a little bit of research, investment, and leadership support to create a truly meaningful program that your employees will remember for years to come.

If you’re curious to learn more about using experiential awards for your anniversary program or to help identify other programs to support your core business challenges, we’d love to connect. Feel free to reach out via the Request Demo button at the top to learn more, or give us a shout in the Live Chat window at the bottom right corner!

How We Built This: Spot Recognition Programs [Webinar Recap]

How to Build a Rewarding Employee Referral Program 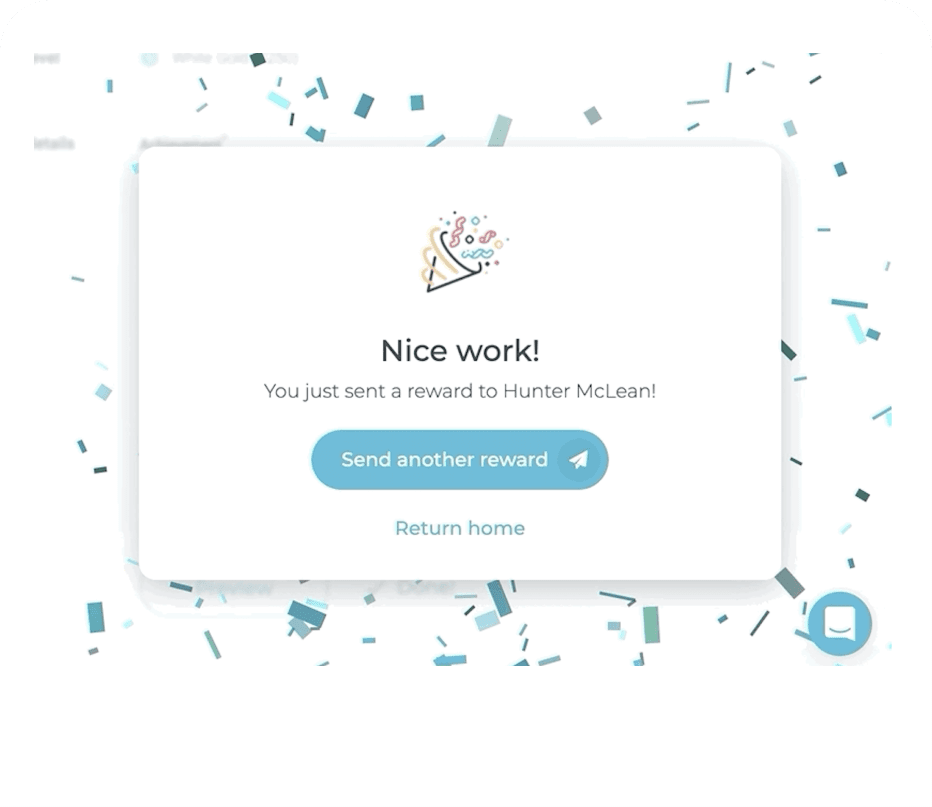